Power Dressing: The Power of Fashion

Picture the scene; you are standing in front of our wardrobe and you are habitually choosing your outfit for the day; is your decision based on your mood, lifestyle or more than likely your profession or what your day will entail? Moreover, if you analysed your choices each day, what would it say about your personality and attitude towards the power of fashion?

Fashion is a way of expressing ourselves and as such should be embraced as part of our creativeness and empowering confidence in ourselves. We delve into the world of power-dressing females and look at how women have used this influence as to assert power and authority.

We look at the females that have broken the mould, such as Coco Chanel, who reshaped the way women dressed during the 20th Century. Chanel re-invented the trademark “feminine” tailored suit for women and showed that women can express themselves through their clothing and they didn’t need to conform to how one thought they should dress. Chanel was empowered by her belief that women could wear what they wanted and still project an image of feminity and confidence. 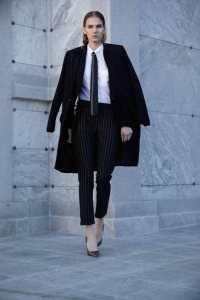 So in a sense, the term “power-dressing” has come full circle and empowering women and self –expression through fashion has become more customary and instills a confident persona as opposed to a “powerful identity”.

It is an interesting question and one that poses some mirth, “Who do you dress for? Yourself or everybody else?” 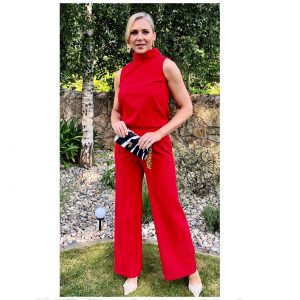